My very own jointer is nearing completion.

While making it, I came across a little issue:

I just loooove my sister’s rendition of her triathlon experience.

Just look at those tongues! And the wobbly running legs!!! So spot-on!

“So MJ, how was your first sprint triathlon?” you ask? 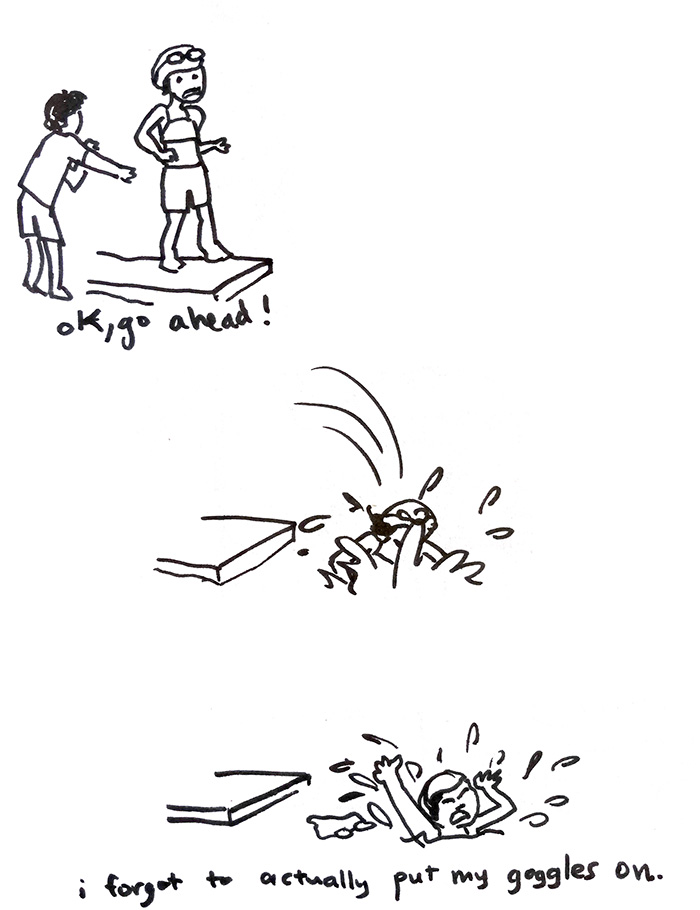 It was then characterized by not being able to see anything and a seaweed attack here and there. 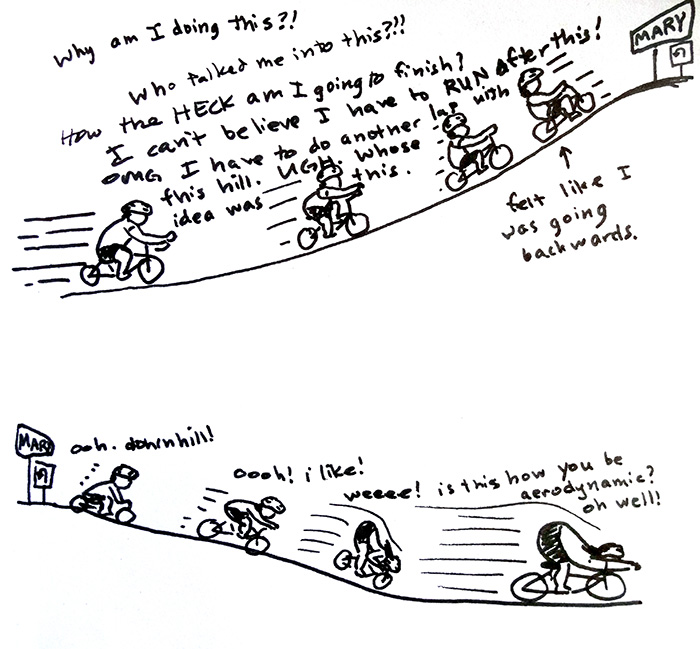 Minus the initial hill-induced delirium, it was probably the funnest bike ride I’ve ever done. Also, Austin’s skyscrapers were all talking to me.

I really thought I was smiling normal but I look totally manic in all the photos. I had the misfortune of being in the final wave, which started at about 9:30! So when I was running at 11, well… IT WAS REALLY HOT OUT.

The poem is from 2009ish, drawings added retroactively (as in, I just drew them).

Hmm, I guess this is part two of a series on spandex/tight clothing. I should really just do away with sports bras. Not like there’s anything to strap down anyway. Mom describes us as “机场,” literally meaning “airport,” as in we are flat as runways. I prefer to think of our physique as… practical.

By the way, I think this was the most challenging posing / anatomy I have ever drawn without directly copying a reference. I mean, occasionally I kind of waved my arms around in the mirror, but that doesn’t really count. And I gave up on all the hands.